Are You Wondering How to Get Your Little Buddy to Talk More? 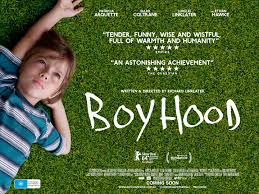 If you saw the film Boyhood with Ethan Hawke and Patricia Arquette, you may have been captivated by the movie for the same reasons as I. The real-time span as a film project was fascinating as was watching children grow up in front of my eyes. While the film was fiction, the style and genre made it seem like a documentary. If you have a Little Buddy and you saw the film, you probably were captivated by the children in the film because their behavior and moods were so very real, perhaps very similar to what you experience in your Little Buddy. If you haven’t seen it and you’re a Big Buddy, I recommend it.

Listen to this wonderful interview by Terry Gross of Ethan Hawke and Patricia Arquette; they talk about their experience making the film and so much of their conversation has to do with kids – both young children and teenagers. While I realize Big Buddies aren’t parents, the commentary is applicable to any adult who has young people in his or her life, as it is more about young people and how adults relate to them and role-model for them. If you don’t have a full hour to dedicate to this downloaded podcast, fast forward to minute 24.40 and listen for about five minutes instead. If you ever experience general frustration in having a conversation with your Little Buddy, Ethan Hawke’s insightful synopsis of his character’s conversation with his children (starting at minute 24.40) will surely enlighten you. Let us know your thoughts!

We're not around right now. But you can send us an email and we'll get back to you, asap.

Give Back to Your Community in 2014!Uncategorized
Find a Mentor, Be a MentorUncategorized